In 2022, 13 new Argo floats were deployed in the Nordic Seas during a cruise with R/V Johan Hjort in May/June with Henrik Søiland (IMR) as cruise leader.

The cruise track with the locations of the Argo float deployments is shown in Figure 1. 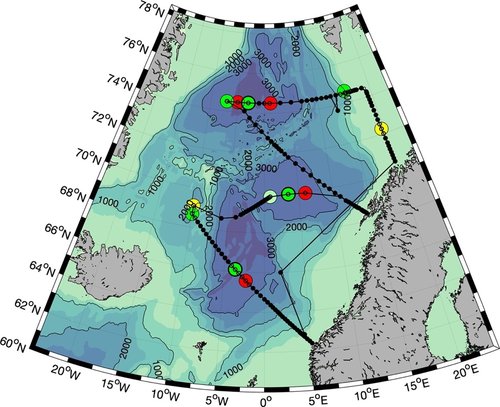 At each deployment location a CTD-station was taken with water samples for analysis of salinity, nutrients, oxygen (analyzed on board), chlorophyll-a, pH and Particulate Organic Carbon (POC) for comparison with Argo data. 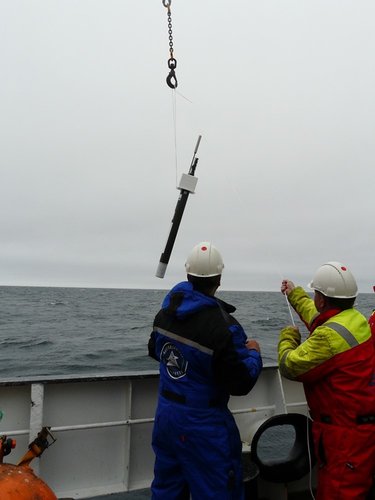 Picture. Deployment of an Argo float from the vessel

Recovering of an Argo float

One BGC-float (WMO 6903549) was recovered on the cruise. The Argo float has performed 230 profiles and has operated for more than three years (Figure 2). The float is now sent to the manufacturer for service and battery shift. 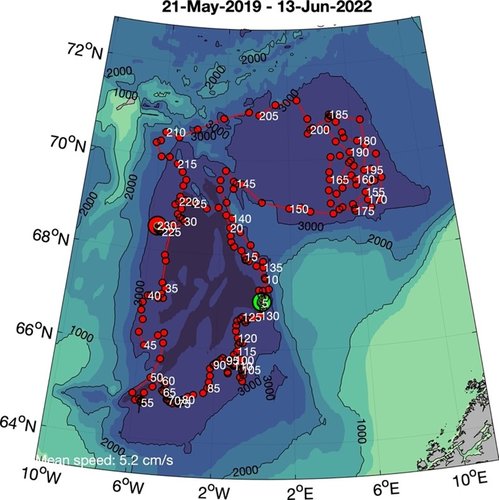 Figure 2. The drift of the recovered Argo float. Large green dot is the deployment location (21 May 2019) and large red dot is the last profile location (13 June 2022) before it was recovered on 14 June 2022. The numbers are profile numbers. 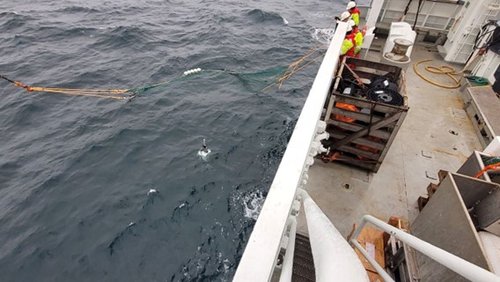 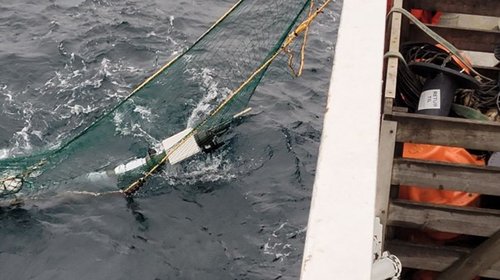 With the new Argo float deployments, Argo Norway (NorArgo) has at present (5. September 2022) 47 operative Argo floats. The locations of the Norwegian and other countries operative floats in the Nordic Seas and Barents Sea are shown in figure 3.

Daily updated information of Argo float locations and profiles within the Nordic Seas can be viewed on the NorArgo operational web site.